Photographer:When visiting my mom in Mt. Shasta on 4/17/19, I was out late looking to take a night-time picture of Mt. Shasta.

As I was taking pictures of the mountain, I called my son who was in our vehicle parked nearby waiting for me, and asked him if it was my imagination or was that star just above Mt. Shasta moving? 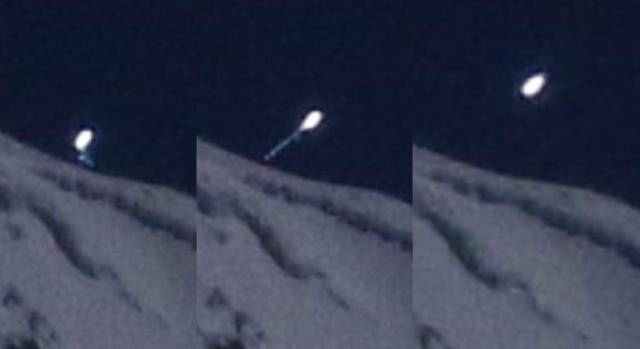 He wasn’t sure but anyway, when I got home to my mom’s and uploaded the pictures, I noticed that one picture with that “star” that I thought was moving earlier, was hovering over the mountain and just below and to the right as you look at the picture, there was a grey cigar shaped object and something on the side of it reaching up toward that “star”. 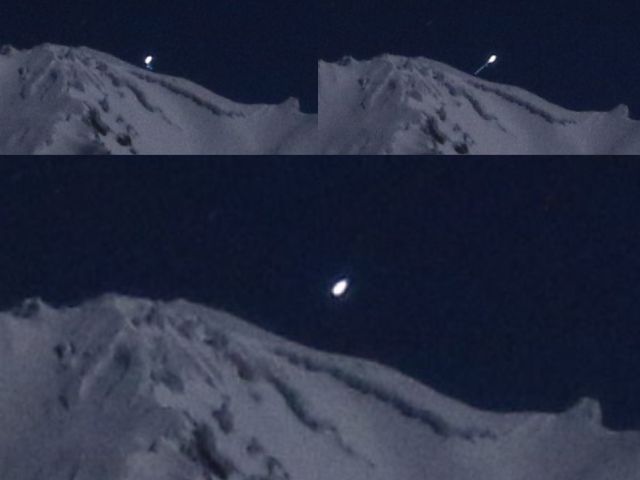 That picture was taken at 10:30 PM with a 20-second shutter speed. The very next picture, a minute later at 10:31, the “star” had taken off from the mountain and left a light trail; and also the object on the mountain was no longer there.

My son and I were curious to see if we could get pictures of it the next night on 4/18/19 and around the same time, we were able to get even more shots that have baffled us of this “star” or whatever it is because of the strange lights and trails that we captured around it. Mufon case 99821.