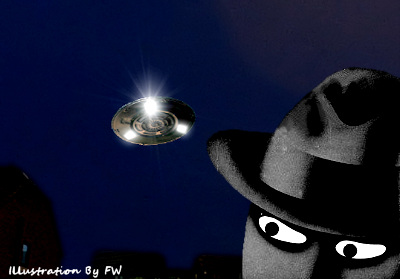 The late Boyd Bushman was issued a Top Secret security clearance in his role as a Senior Specialist at Lockheed Martin, a major American aerospace and defense company. He publicly discussed extreme ET-related beliefs, including describing networking with allegedly like-minded global associates. They supposedly shared his concerns that the U.S. government possessed smoking gun alien tech that should be open to the masses.

His employer, LM, apparently thought otherwise, and informed the FBI in the 1990’s it was concerned Bushman was the subject of “an ongoing attempt to elicit LM proprietary or USG classified information.” FBI records on Bushman, available at The Black Vault, indicate at least one of his associates was found to have “a history of allegations of misconduct, violations of security and classified information handling procedures, and suspicious contacts with foreign nationals.” All of this involved a person “suspected of inappropriately releasing information.”