After the gunsmoke clears 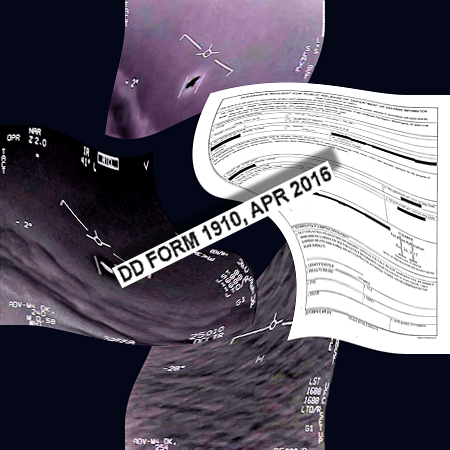 definitely is about coming to terms with one of adulthood’s peculiar institutional mysteries. In this case, of course, that would be the enduring embargo of the greatest secret of our age.

If you’re reading De Void, then you’re already familiar with Greenewald’s story, about how he started bugging “the government” to declassify documents when he was a teenager more than 20 years ago, and how he turned his Black Vault website into one of the biggest repositories of federal paper in cyberspace. His first-person accounting compresses that that journey into 169 pages. Hopefully, for a new generation of readers, it’ll do for them what Clear Intent, by Lawrence Fawcett and Barry Greenwood, did for me 30 years ago. Which is to say, dispelling any doubt about the serious nature of The Great Taboo by relying exclusively on FOIA-obtained records to build the case. I remember what that awakening was like so long ago; sometimes, I wonder if I’d been better off if I’d stayed asleep.

Few researchers know as much about the FOIA process as Greenewald, and as a consequence, his expertise has been recruited by the likes of the National Geographic Channel, History, and Discovery. So when the 38-year-old Californian weighs in on new releases of federal records, it’s usually a good idea to pay attention. And a lot of people were doing just that a couple of weeks ago, after investigative reporter George Knapp of KLAS-TV in Las Vegas produced the long-awaited smoking gun. It was the Defense Department’s official imprimatur on the F-18 UFO videos that triggered this remarkable national conversation we’ve been having for the past 17 months.

When on 12/16/17 the NY Times broke the news about the Pentagon’s secret UFO study, one of the missing components was formal proof positive establishing the provenance of those gun-cam vids. Credible witnesses went on record, including pilots, the intelligence official who ran the program, even the former Senate Majority Leader who commissioned the initiative. But although the Times reporters vouched for its authenticity, there is no substitute for documentation.

On April 29, Knapp got his hands on the elusive DD Form 1910, channeled through the Defense Office of Prepublication and Security Review. It was marked “Cleared For Open Publication,” with attached mpg files of the three UFO sequences – captured by Navy fighter pilots, and nicknamed “GoFast,” “Gimble,” and “FLIR” – that got such massive media play last year. Almost everyone paying attention applauded the breakthrough. But The Black Vault detective was more subdued.

Greenewald had been going after that same DD-1910 through FOIA for more than a year, without any success. Still empty-handed and understandably miffed when Knapp showcased the trophy, Greenewald gave it the white-glove treatment, spotted some red flags – which were not insignificant – and aired out his reservations in a series of posts at his website.

The ensuing dustup provoked a pointed rebuke from 12/16/17 co-author Leslie Kean, who called it “an unnecessary controversy,” and added, “If we at the Times did not have this document from a reliable source, we would not have stated that the videos were from the DOD.” Open Minds editor Alejandro Rojas put together a useful podcast overview — most definitely worth a listen — of the loosely sketched events leading up to Knapp’s acquisition of the DD-1910. After all, the rollout of these unprecedented revelations, initiated by the To The Stars Academy in October 2017, has been been flawed, erratic, and exasperating for the drive-thru point-and-click chip-or-swipe instant-gratification masses, which includes yours truly.

Greenewald would concede that the DD-1910 was “genuine,” but his skepticism was reserved for way it cleared the censors. Although the name of the official who prepared the document’s release on 8/24/17 was redacted, suspicion swung to the study’s former project manager Luis Elizondo. Greenewald floated the idea that Elizondo might have employed “false pretenses” to sneak the paper into the public domain. Why, he wondered, did the form’s subject-area entry only mention “UAV, Balloons, and other UAS”? In official Pentagon parlance, UAV means Unmanned Aerial Vehicle, and UAS means Unmanned Aerial System. Nothing concerning “unidentified” is in either of those U-prefixed acronyms.

Greenewald’s objections have been largely tossed off, but they do raise questions. Such as: Given the obfuscation, sloppiness, and downright falsehoods that often greet FOIA requests for UFO data, does it really matter if sympathetic insiders use a little subterfuge to get that stuff into public hands? Because it’s not unreasonable to wonder if the DD-1910 would’ve ever seen the light of day had UFO/UAP/AAO or some more exotic euphemism were posted in the subject field instead

Let’s just say, for the sake of future argument, that a little semantic sleight of hand is used to fool the censors — then what? How would that form of deception be significantly different from what Daniel Ellsberg did with the Pentagon Papers in 1971? Ellsberg was charged with theft, espionage and conspiracy.

If, in the past, some Deep Throat had wanted to drag classified UFO docs into the light, there was an implicit assumption of immunity because Uncle Sam’s longstanding party line was that the phenomenon was silly and frivolous. Prosecuting a leaker would’ve exposed official policy for the lie that it always was. Now that this story itself has ripened and the Navy has belatedly confirmed that UFOs do in fact embody legitimate national security issues, might this actually make it more difficult for whistleblowers to step up? There are stockpiles of related documents languishing out there somewhere. Who on the inside wants to test this radical new paradigm and see what, if anything, happens?