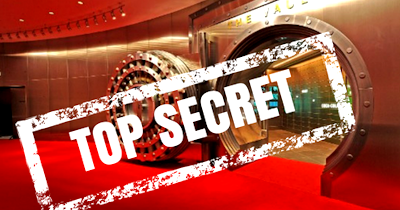 I have maintained that for the government to fully disclose what they know, there must be a reason. To date, no reason has been given. Why should they open this can of worms when there is no up side to doing it? Why not just allow it to lay dormant until forced to disclose by unforeseen complications?

But now, here in the middle of 2019, it begins to look as if the cracks in Disclosure are closer than they ever were. While denying, again for decades, that the military has no interest in chasing UFOs, even when national security demanded it, they have seemingly reversed that position. Now they are saying, “Well, we have to look into these sightings because we are required to do so for the safety of the country.”
And, given the state of the world today, there really isn’t any place for these things to originate on Earth. If we lead the world in space technology and the development of advanced aircraft (yes, a somewhat American-centric view), then such advanced craft would have to come from, well, us. And if we didn’t build them, and they are flying all over our territory (suggesting again that they would be American because if one crashed, we’d have that technology), they must come from an outside source. A source that is technologically advanced beyond us (meaning the whole world here), and that leaves only one place as the point of their origin. From beyond our solar system.

Now, we learn that, for a number of years, for millions of dollars, and contrary to what we have been told, there was a program to investigate UFOs. It might be seen as little more than pork barrel to specific military contractors, or it might be seen as a study about the paranormal nature of the phenomenon, but the point is, that it was taken seriously.

Beyond that, we learn that the Navy has had some truly strange encounters with these objects, with these things, with something, that doesn’t fit into our currently accepted world view. There is something strange out there and Navy pilots have encountered it on a regular basis. That information has leaked into the public arena, and has been given the serious treatment by the alleged serious media. I have to wonder if Disclosure might be the ultimate goal here.

I know that in the past we have been led down the Disclosure path. Every time it turned out to be something less than we had hoped it would be. In the mid-1990s, for example, the Air Force claimed it was looking into the Roswell UFO crash, and that turned out to be a longwinded suggestion that nothing really had happened… or rather Project Mogul was responsible for the strange metallic debris and anthropomorphic dummies were responsible for the bodies. The evidence they presented for these theories was less than convincing.

You might suggest this was an Anti-Disclosure tactic. We, and by we, I mean all of us doing research into the Roswell case and its various off-shoots, were upsetting those in the Air Force. We can speculate about why they were annoyed, but the truth is they took some extraordinary steps to shut down that research. They threw piles of paper, data, and documents at us, daring us to refute them. It could be that we had gotten too close to a truth and they simply were not ready for Disclosure of that truth, whatever it might be.

Here we are, more than two decades later, and suddenly there are videos of Navy intercepts of unidentified aerial phenomena. We have serious media (and, of course the fringe elements as well) taking the topic of alien visitation seriously. It is almost as if the government had decided that it was time to tell the truth about all this. It was as if they realized that the revelation, that would come eventually, is not the horrible, well disclosure, that some thought it might be. Maybe they realized that we all are now sophisticated enough that the Disclosure of alien visitation wouldn’t send the shockwaves through society that had been predicted for so long. May stocks wouldn’t tumble, religion wouldn’t collapse, and we wouldn’t panic.

I’m not sure what is coming, but I have to say this sudden release of UFO related information is somewhat surprising. The government, the Navy, are supplying the data and I don’t understand why they are doing it now. I just find it interesting that they are now going back on what they have said for decades. That they are modifying the narrative, and that makes me think something might be coming.