The so-called transient lunar phenomena have been known since the 1950 and although there are several theories about the lunar mystery lights’ origins, they have not yet been fully explained. 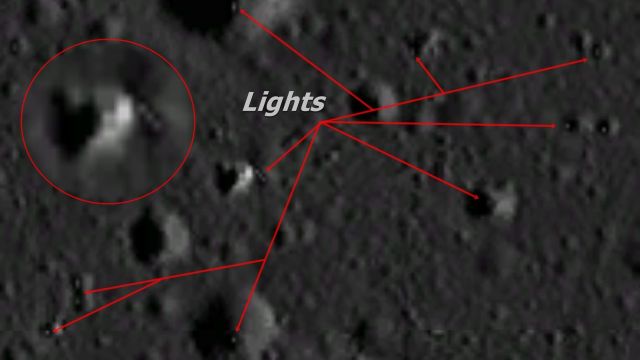 Now astronomers from Julius-Maximilians-Universität Würzburg (JMU) in Bavaria, Germany have set up a telescope which will use artificial intelligence to automatically detect the flashes.

According to Metro.co.uk, Professor Kayal has a hypothesis about what’s causing the longer-lasting flashes and hopes to prove this theory. ‘Seismic activities were also observed on the moon,’ the professor added. ‘When the surface moves, gases that reflect sunlight could escape from the interior of the moon. This would explain the luminous phenomena, some of which last for hours.’ However, there is currently no explanation for the flashes.

About these mysterious flashes of lights on the moon; UniversalTrek discovered on Google earth in Moon strange lights that turn on and off at specific times of the day.

Then according to idw-online.de, it happens several times a week. Sometimes it is only short flashes of light that appear on the surface of the moon. Other light phenomena on the Earth’s satellite can last longer. And sometimes there are also places that darken temporarily which corresponds with the lights going on and off in Google Earth in Moon.

Anyone who wants to build a lunar base at some point must of course be familiar with the local conditions,” says Professor Kayal. What if such plans should ever become concrete? By then at the latest, it should be clear what the mysterious flashes and luminous phenomena are all about.

If we have to believe John Lear, the moon has huge underground cities and bases and there is a population of a quarter of a billion people on the moon which are actually aliens that look similar to us. The Greys are on the moon also but mainly remain underground within huge laboratories. See video interview John Lear: https://www.youtube.com/watch?v=JeGGw0rZruE

Could it be that these mysterious lights indicate that there are underground cities or bases on the Moon?