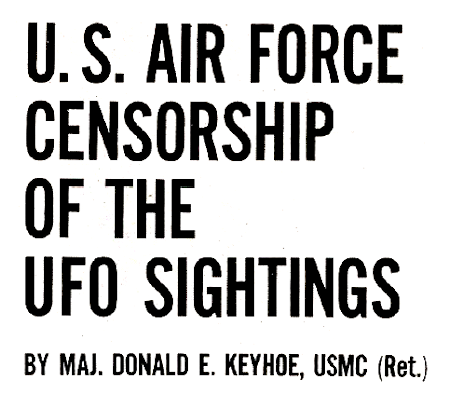 in the design. The first test flight was a great success. You read about it the next morning in your paper.

But there was something you didn’t read. This report was given to me confidentially by two scientists present at the test. The Gemini capsule was still in its first orbit when four spacecraft of unknown origin [UFOs] flew up to it. While startled radar trackers watched their screens in open-mouthed amazement, the four took up positions around the capsule–two above it, one beneath, one aft. Whoever was inside those strange craft appeared to be inspecting the capsule and paced it for a full orbit of the earth. Then, apparently finished with their scrutiny, they pulled away and vanished into the unknown.