On June 11, 2019 the photographer took several photos within seconds of his family and other people with a beautiful landscape in the background near Slade, Kentucky. 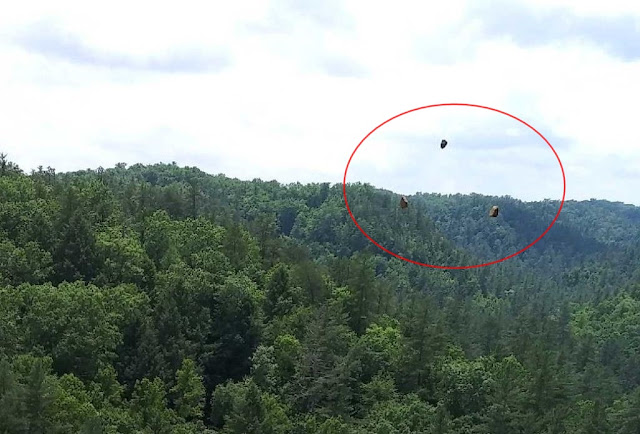 One photo shows something remarkable, (three) rock or bolder like in appearance and shape while these objects cannot be seen in all other photos that were taken at the same time. 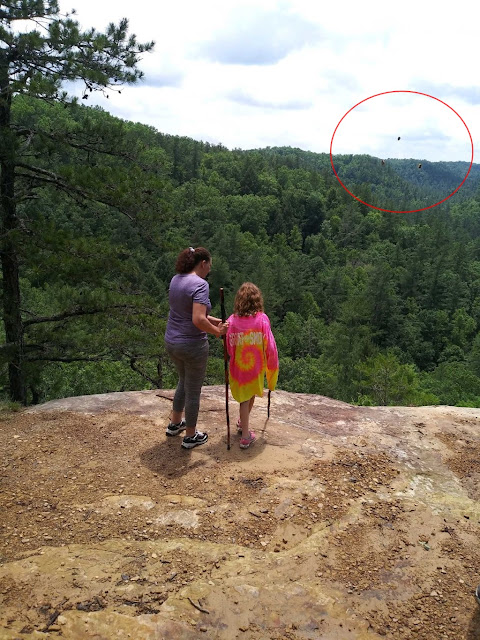 Not only some people believe the concept of a holographic universe but simulations back up theory that Universe is a hologram. Theoretical physicists and astrophysicists have also found there is substantial evidence supporting a holographic explanation of the universe.

Besides a Canadian, UK and Italian study has provided what researchers believe is the first observational evidence that our universe could be a vast and complex hologram. 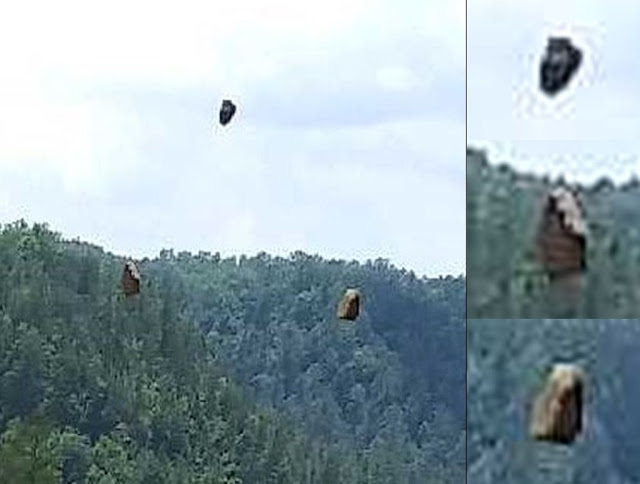 Could it be that the photographer accidentally took an image of a holographic representation of objects from a parallel universe or the objects are just reflections in the camera lens? Mufon case 101069.