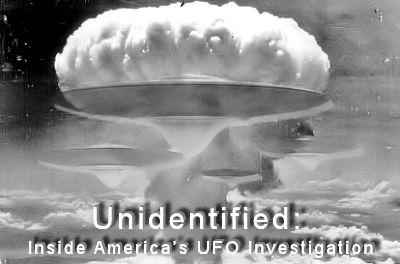 investigation of UFO interference with U.S. nuclear missiles: AATIP’s key Congressional sponsor, former U.S. Senator Harry Reid; AATIP physicist Dr. Hal Puthoff; and AATIP director Luis Elizondo. Reid’s comments, as well as those by Puthoff and Elizondo were made over the past 18 months during various interviews or lectures. Although brief and lacking in detail, due to their still-classified status, each comment confirms that UFOs have repeatedly knocked America’s ICBMs offline, thereby significantly impacting U.S. national security.

Persons familiar with my own work know that, over the past 46 years, I have interviewed more than 160 U.S. military veterans regarding their participation in or knowledge of similar nukes-related incidents, occurring between 1945 and 2015. On September 27, 2010, CNN live-streamed my UFOs and Nukes press conference in Washington D.C., during which seven of those veterans discussed their involvement in one case or another. The video of that media event as well as my follow-up interview on the network may be viewed in their entirety.

Although I was contacted last September by one of Unidentified’s producers, Jessica Philipps, and asked to participate in the fifth episode of the series, no interview ever took place, for reasons unknown. In any case, for those interested in UFO activity at nuclear weapons sites, my research is summarized in my documentary film, UFOs and Nukes: The Secret Link Revealed, and in my 600-page book, UFOs and Nukes: Extraordinary Encounters at Nuclear Weapons Sites.