As a former military police officer and CIA operative, Derrel Sims has spent the past three decades researching the world of alien beings. 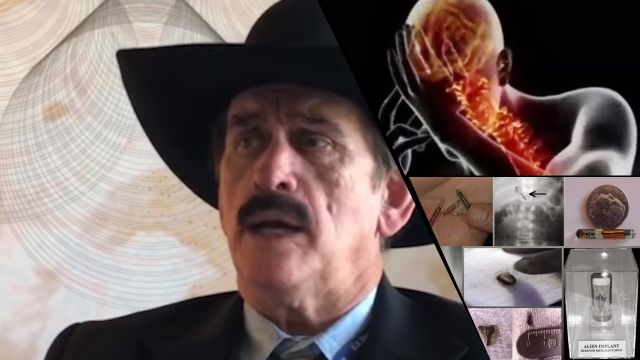 His area of focus has dealt primarily with medical and scientific evidence of human/alien contact. To that end, he has spent years studying and training in a broad range of areas that would provide him with a full array of skills necessary for his search to find evidence of these creatures.

Alien implants is a term used to describe a physical object placed in someone’s body after they have been abducted by aliens. Claimed abilities of the implants range from telepresence to mind control to biotelemetry (the latter akin to humans tagging wild animals for study).

Another important person who did research on alien implants was Doctor Roger Leir who passed away on March 14th, 2014. Dr. Leir was a pioneer one of the worlds most important leaders in physical evidence research involving the field of extraterrestrial related phenomena.

He, and his surgical team, performed 17 surgeries on alleged abductees, resulting in the removal of thirteen separate and distinct objects suspected of being “implants”.

These objects have been scientifically investigated by some of the most prestigious laboratories in the world including Los Alamos National Labs, New Mexico Tech, and the University of California at San Diego.

Doctor Roger Leir’s findings have been baffling and some comparisons have been made to Meteorite Samples. In addition, some of the tests show isotopic ratios not of this world.

Derrel Sims has a unique insight to the alien organization which he believes functions similarly to an intelligence agency. In the next video he discloses everything you need to know about aliens.X