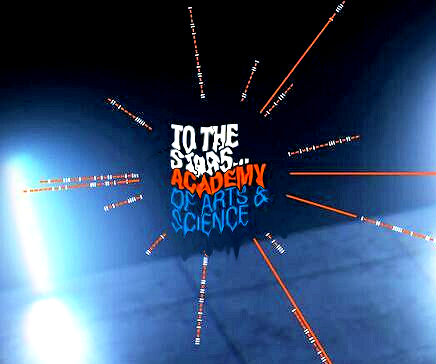 Rogoway’s work is well worth the time and attention for the deep divers, as he explains how the events in question, although years apart, include Navy vessels and aircraft equipped with a certain type of advanced radar. The crew also just so happened to be in waters that provided ideal, lab-like test conditions. Be sure to follow Rogoway’s links to his past work that set the stage for this latest article. Such coincidences as pointed out are extremely unlikely and warrant much more scrutiny. We might reasonably ask why the AATIP, reportedly consisting of elite experts, could be unaware or mum about the info presented, which brings us to Luis Elizondo, the media, and some huge discrepancies.

Among the many uncritical media pieces on the Pentagon, UFOs, and TTSA was one by Steven Greenstreet at the New York Post. Most of these celebrated articles arguably read more like singer profiles in Seventeen than what we should expect of professional journalists. In Greenstreet’s case, he obtained a statement from Pentagon spokesperson Christopher Sherwood, and the Post apparently interpreted it to be reflected in the resulting title, The Pentagon finally admits it investigates UFOs.

Greenstreet offered a few quotes from Sherwood, and one particularly eyebrow raising paraphrase. It turned the heads of several bloggers and researchers when Greenstreet wrote, “[S]pokesman Christopher Sherwood acknowledged that the department still investigates claimed sightings of alien spacecraft.”

As a result, Keith Basterfield unsuccessfully attempted to obtain the full Pentagon statement from Greenstreet in order to fact check it against the reporter’s paraphrasing. Others did as well, but Greenstreet was unhelpful.

Researcher Roger Glassel indicated he reached out to Sherwood and successfully obtained the statement in full. The actual statement not only failed to include any direct acknowledgement of investigating “sightings of alien spacecraft,” as paraphrased by Greenstreet but, in fact, included an assertion Luis Elizondo had no responsibilities in the AATIP. Greenstreet apparently thought this unworthy of mention. We can only speculate why he chose to withhold the full statement, as shown below, but we can reasonably assess it wasn’t because he desired people to be aware of its contents.

To be clear, TTSA spokesperson Kari DeLonge previously specifically stated Elizondo ran the program out of OUSDI (hat tip to John Greenewald at The Black Vault. Check out his site for comprehensive coverage of this tangled fishing line of a saga). Kari’s statement is obviously contradicted by the above statement of Pentagon spokesperson Christopher Sherwood.

In contrast to Greenstreet, journalist Keith Kloor indeed found the passage newsworthy. In his June 1 piece at The Intercept, Kloor detailed his efforts to establish Elizondo either directed or worked on the AATIP, an unconfirmed assertion now echoed by media outlets ranging from The New York Times to Politico, the NYP and many points in between. Kari DeLonge and Elizondo did not respond to Kloor’s requests for comment.

Not only did Kloor’s research turn up nada on Big Lue running the AATIP, Christopher Sherwood offered further clarification how he established Elizondo had no responsibilities in the AATIP. Kloor reported:

I then asked Sherwood how he knew that Elizondo hadn’t worked for AATIP during his time with the Office of the Under Secretary of Defense for Intelligence, where he was based from 2008 until his retirement in 2017. Sherwood said he’d spoken with OUSDI leadership, including individuals who are “still there” from the time when Elizondo started working in the office.

Maybe Elizondo was running AATIP under the purview of another office or agency within the Department of Defense? Sherwood acknowledged that Elizondo “worked for other organizations in DoD.” But that, too, would have contradicted Kari DeLonge’s statement to Greenewald.

This isn’t Glomar, neither confirm nor deny type stuff. This is a Pentagon spokesperson directly and repeatedly asserting Elizondo had no responsibilities in the AATIP. It’s going to take a lot to change the course of this ship.

In response to the significant Elizondo discrepancies – which, I’ll remind readers, Greenstreet chose to not disclose in the name of Disclosure – George Knapp trotted out another unsourced document, because that’s what Knapp does. Knapp shared a partial screen shot of a letter reportedly authored by Sen. Harry Reid on the AATIP in 2009 which included Elizondo on a list of personnel.

Several problems arise with Knapp’s rebuttal, and have been competently pointed out by John Greenewald and others. For one, Knapp’s stuff never has provenance. Secondly, it can’t even be claimed the letter establishes Elizondo as director, as it doesn’t address him as such. Yet another point of concern is if the letter is indeed from 2009, that’s prior to when Kari DeLonge stated Elizondo began running the AATIP. While there are circumstances that might account for the problems, it still cannot be overlooked in good faith that the letter far from establishes much of anything, even if entirely authentic. As a matter of fact, it makes it all the more concerning if this is the type of evidence such reporters as Knapp, Rojas, Kean, and Politico’s Bryan Bender have been hanging their hats on to assure us they’ve established Lue ran the AATIP.

In this writer’s opinion, the entire saga highlights a situation long needing more attention in the UFO community: a lack of professional research protocols and standards of evidence. Seeking verification of TTSA claims has predictably unsettled a following deeply vested in having their beliefs validated. I empathize with their perpetual disappointment, but the resulting rationalizations are grounded in poor understandings of why it matters, for examples, to show provenance of documents, expect more than faith to accept a claim, and take responsibility for offering verification in the first place when one asserts a former position in the intelligence community.

President Trump, a Noted Conspiracy Theorist, is Skeptical of UFOs

“We Know UFOs Exist … Why Are They Here and Where Are They Coming From?” – Former US Defense Official, Chrisopher Mellon

Luis Elizondo: Why Is The Government Finally Admitting UFOs Are Real?