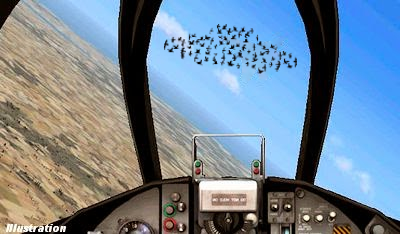 and North Korean leader Kim Jong-un met at the border and agreed to resume diplomacy.

The South’s Joint Chiefs of Staff had said earlier that “traces of flight by an unidentified object” had been detected over the central portion of the demilitarised zone that divides the two Koreas.