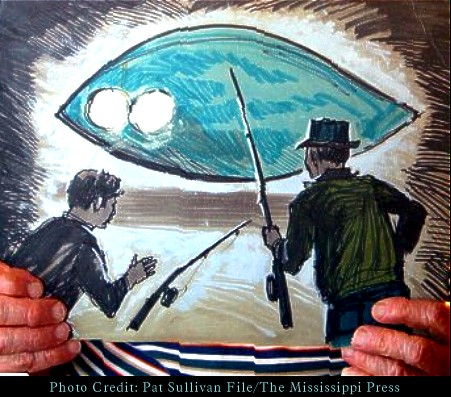 doing during that time because they were so focused on the smaller orb. When it left, Nelson said the three felt like they came out of a trance.

“It was like we woke up,” Nelson said. “We couldn’t move or gain our thoughts until it was gone.”

The following day Nelson saw the news of Parker and Hickson’s encounter and said it was confirmation of what he’d seen, but he let 45 years pass and is only talking about it after reading recent articles about Parker.