On July 26, 2019 Congressman Mark Walker appeared on Tucker Carlson Tonight. The congressman, who is the member of the Homeland Security Committee, sent a letter to Navy Secretary Richard Spencer asking for answers. 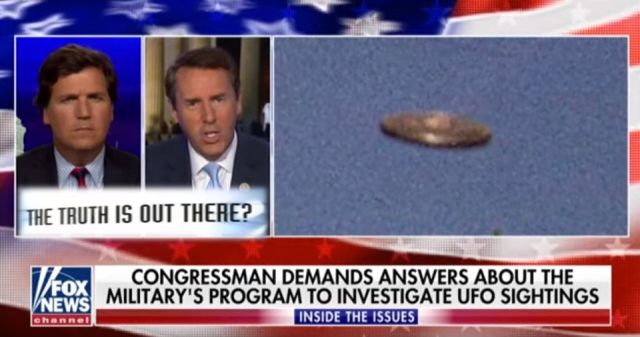 Rep. Mark Walker, R-N.C., told Fox News Friday that he is “concerned” about recent reports by U.S. Navy pilots of encounters with unidentified aircraft that some have speculated could be otherworldly.

When asked about Lue Elizondo’s claim that the United States has UFO Debris (metamaterials) he said, “We don’t know, but that’s one of the four questions that we are asking. Is there evidence being held somewhere (not to get too spooky once again) but if there is evidence I believe it’s important for people specifically in my position, as the ranking member of terrorism/counter-intelligence, we need to know what this is.”