In June 2019, UFO Researcher Miller captured from the 5th floor roof top balcony with his Ipad at 10.27 several images of the sky in all directions.

After reviewing the images, Miller noticed in one of a the images a huge UFO in the cloud formation. 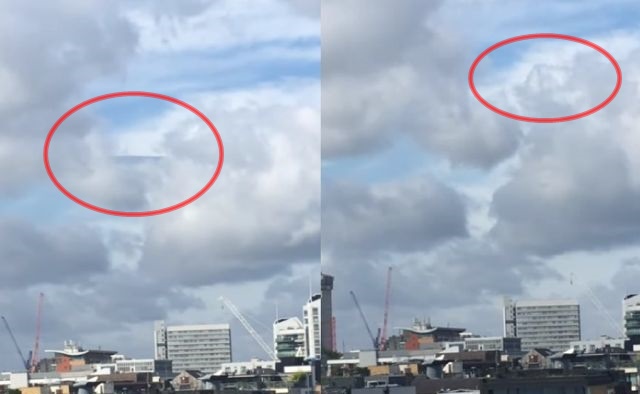 In the second image the UFO is no longer visible; instead we see that a strange triangle has appeared between the clouds.

Since Miller stated that the location is situated on an ancient Ley-line crossing the magnetic world grid is it quite possible that the UFO probably piloted by extraterrestrials has used the invisible powers and energy coming from the Ley-lines for navigation.

Mysterious force of nature known as Ley-lines, invisible geometric alignments that ran across ancient landscapes, connecting both natural and sacred prehistoric structures such as ancient monuments, stone circles and megaliths together.

All Ley-lines run over the electromagnetic fields of the earth and lead to the planetary Grid.