Conservation worker and C2C listener Bruce shared a bizarre photo on CoastToCoast Facebook page of a deer that somehow wound up atop a power pole in a rural area somewhere in the US northeast. 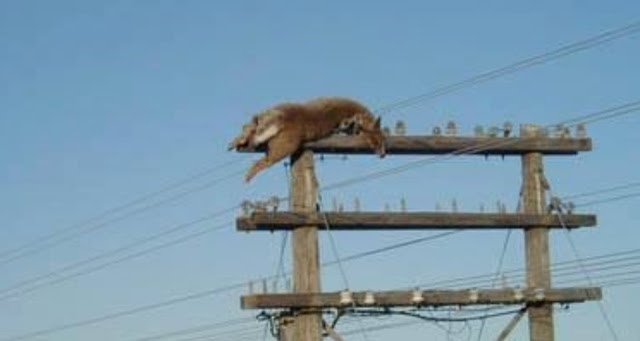 According to Bruce, the most likely explanation for how the deer wound up there is that it was hit by a train, since there are train tracks several yards away.

However, he notes, “the deer would have to have traveled in the air approximately 45 feet (across) to the pole and reach a height of approximately 22 feet (up) to reach the top of the pole.”

But being hit by a train seems unlikely, that kind of impact would have made the picture to gruesome however the deer shows no signs of external wounds. 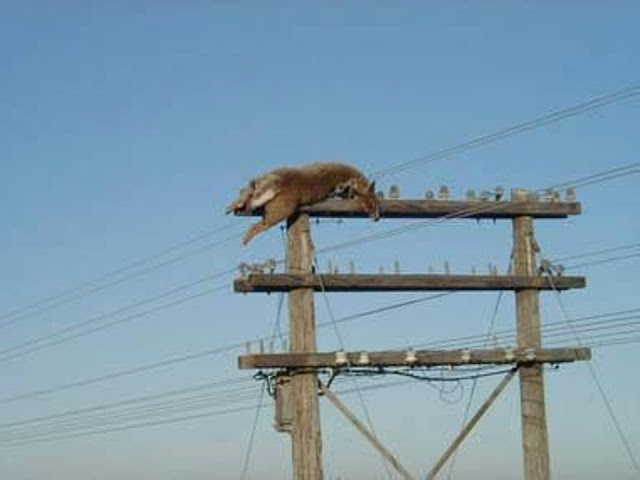 Could it be that a large and strong bird like an eagle or something like the legendary creature the so-called thunderbird must have tried carrying it and dropped it because too heavy or maybe the deer has fallen victim to a failed alien abduction?

The question remains, how did the deer ended up on top a power pole?