The team behind NASA’s InSight lander has informally named a rock on Mars “Rolling Stones Rock” after the band. 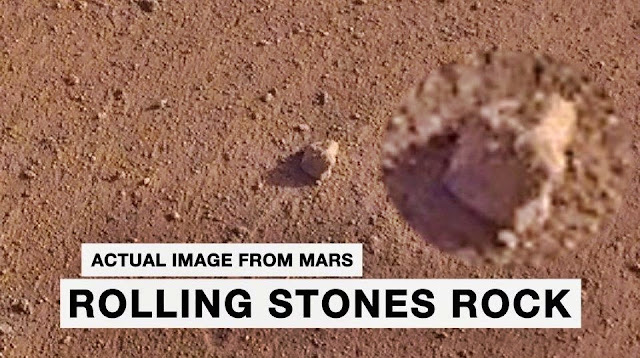 A little larger than a golf ball, the rock appeared to have rolled about 3 feet (1 meter) on Nov. 26, 2018, propelled by InSight’s retrorockets as the spacecraft touched down to study the Red Planet’s deep interior.

In images taken by InSight the next day, several divots in the orange-red soil can be seen trailing “Rolling Stones Rock.” It’s the farthest NASA has seen a rock roll while landing a spacecraft on another planet.

NASA will use its robotic missions to Mars to help prepare for eventual human exploration of the Red Planet. Charged with returning astronauts to the Moon, NASA’s Artemis program is the next step in human exploration. It is a part of NASA’s broader Moon to Mars exploration approach, which will quickly and sustainably explore the Moon and enable humanity’s next giant leap to Mars.