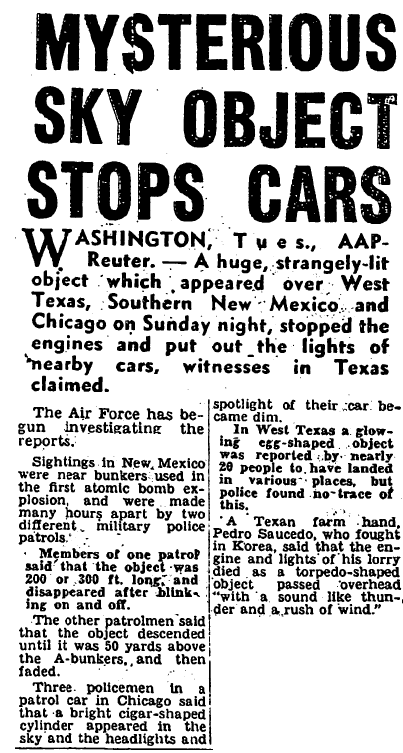 A huge, strangely-lit object which appeared over West Texas, Southern New Mexico and Chicago on Sunday night, stopped the engines and put the lights out in near-by cars, witnesses in Texas claimed.

atomic bomb explosion and were made many hours apart by two different military police patrols.

Members of one patrol said the the object was 200 or 300 hundred ft. long and disappeared after blinking off and on.