Known as FRB121102, it was first discovered in 2012 and found to repeat in 2015. Analysis of data later located the source of the signal coming from a dwarf galaxy three billion light years away. 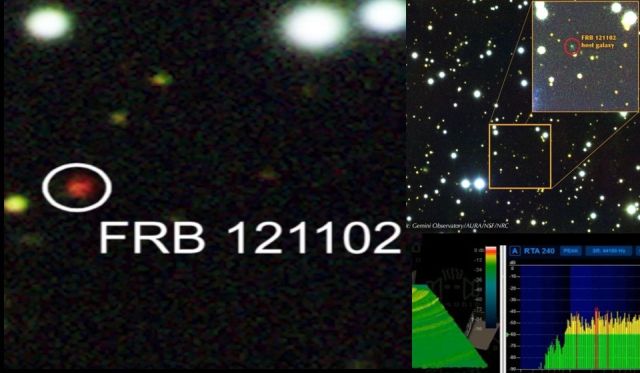 On August 30, 2019 China’s Five-hundred-meter Aperture Spherical Radio Telescope (FAST) which is the world’s largest single-dish radio telescope detected a pulse from FRB121102 and on Sept 3 alone, more than 20 pulses were detected reports Asiatimes. 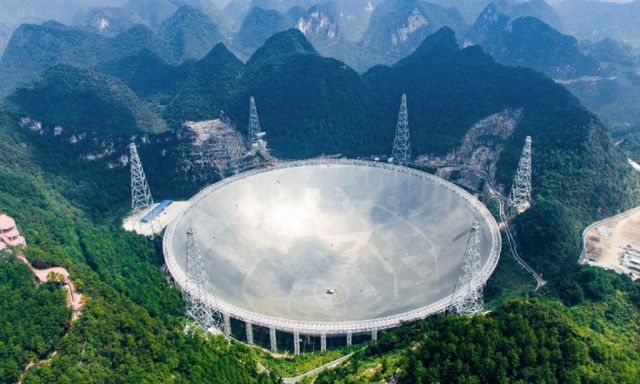 But according to Xinhuanet, now it appears that FAST already have detected more than 100 of the strange signals, the so-called radio bursts from from unknown but high-energy sources out in space

Researchers at the space observatory are continuing to monitor the signals, with the hope that further analysis will indicate how these radio pulses are being generated.

Watch the next video of Ryan Walsh who shows the FRB 121102 millimeter Pulse Radio and listen to alien communication.

According to Ryan Walsh: A repeated message with frequency voltage shifts. These Certain Pulse Carrier are visible in the crests of the FRB. (A crest is the point on a wave with the maximum value of upward displacement within a cycle).

The most important part of the FRB is the maximum upward displacement. That is the key fundamental.

At first we can suggest that it is a pulsar – It does sound similar to a pulsar. But later the message develops into a voice tone and with voltage frequency shifts.

To Ryan’s opinion, these pulsars or radio bursts is alien technology and is a sign of intelligent life of another universe.

After all, what could motivate a society to produce signals that are so intense they can be seen from other galaxies?