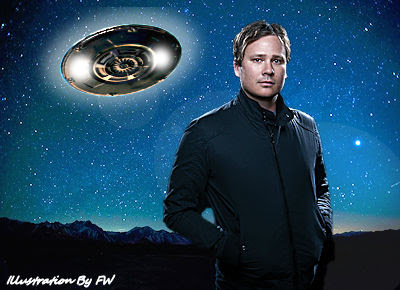 Two years after Mr. DeLonge left the band, he
found a new life trying to make sense of outer space.

Navy confirmed that three widely shared videos captured by naval aviators in 2004 and 2015 were indeed real and showed what it called “unidentified aerial phenomena.” The “unidentified” part of that statement sparked excitement among U.F.O. enthusiasts.

The three videos show mysterious objects in the sky and contain audio of pilots trying to make sense of what they were seeing. They had gained notoriety since being published in 2017 and 2018 by The New York Times and a company called To the Stars Academy of Arts & Sciences. Founded in 2017, it is run by a team of 12, including several former government employees, who try to advance society’s understanding of scientific phenomena through the lenses of entertainment, science and aerospace.

As news of the Navy’s statement spread, many people took note of the academy, and more specifically one of its founders: Tom DeLonge, who was from 1993 until 2015 a guitarist and singer for the band Blink-182. How, many wondered, did the guy from Blink-182 become involved in U.F.O. research?