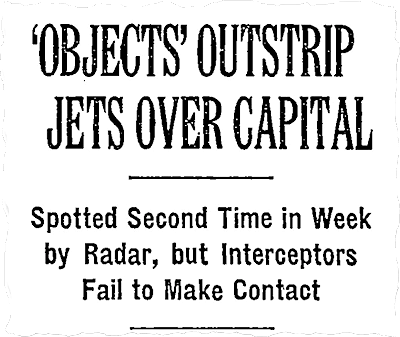 and an air traffic controller told him two or three unidentified flying objects were spotted on radar traveling at high speed.

The controller told Captain Pierman to follow them, the pilot told government investigators at the time. Captain Pierman agreed, and headed northwest over West Virginia where he saw as many as seven bluish-white lights that looked “like falling stars without tails,” according to a newspaper report.

The sighting of whatever-they-were garnered headlines around the world. And in the decades since, U.F.O.s have become part of the pop culture zeitgeist