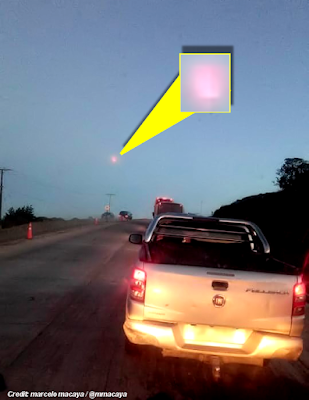 Now, after a preliminary investigation, officials from Chile’s National Service of Geology and Mining say they’ve ruled out a disintegrating meteorite as the cause after failing to find any evidence of space rock at seven points where fires were started.

So, what are we dealing with here? Just some super-heated space junk reentering the atmosphere or is someone testing their space lasers on Chilean scrub? Technically, we’re talking about unidentified flying objects. Yes, UFOs. Although nothing big or well-piloted enough to reopen The X-Files for, it would seem.