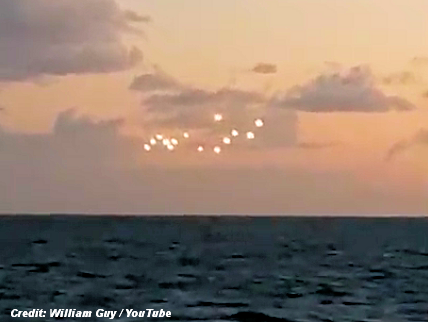 There is no report or synopsis presented with said video; however, Guy in response to queries in the comment section wrote, “I was on a fiery [sic] traveling from Ocracoke Village to Swan Quarters North Carolina.”

In response to another question as to why the video was so short, he wrote: “Sorry it was short had to edit [emphasis added] it down it wouldn’t let me share the whole video but it was only about min and half long but they disappeared but came back about 2 mins later then one by one they disappeared.”