The deep ocean is a mysterious world. Now it appears that Norwegian divers (Ronald Raasch) found a strange bag filled with liquid in the Arctic Ocean. 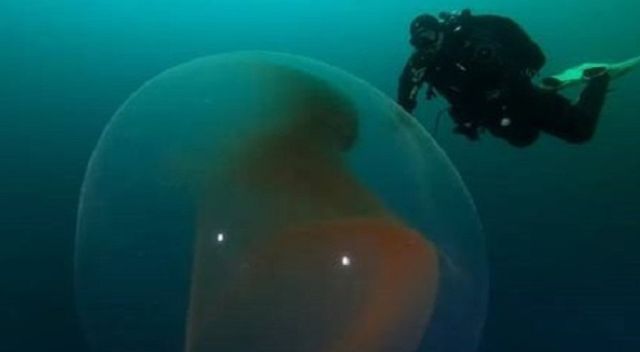 A huge underwater bubble was discovered by a group of scientists who were studying the state of the ocean. Swimming to the ball, divers lit it with a flashlight, which allowed a closer look at its insides.

While it almost looks like there is an alien-like figure inside the underwater bubble, it turns out that it is a rare jelly-like structure intended to protect the offspring of squid inside.