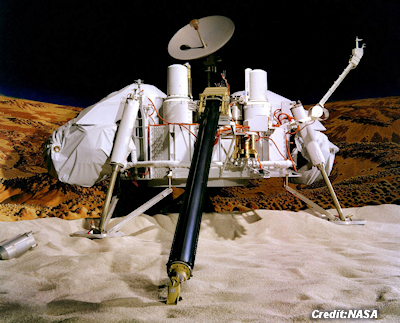 The Labeled Release experiment on the Viking mission reported positive results, although most have dismissed them as inorganic chemical reactions

beyond us, or whether we are, as was Samuel Coleridge’s Ancient Mariner, “alone, alone, all, all alone, alone on a wide wide sea!” We have made only one exploration to solve that primal mystery. I was fortunate to have participated in that historic adventure as experimenter of the Labeled Release (LR) life detection experiment on NASA’s spectacular Viking mission to Mars in 1976.

On July 30, 1976, the LR returned its initial results from Mars. Amazingly, they were positive. As the experiment progressed, a total of four positive results, supported by five varied controls, streamed down from the twin Viking spacecraft landed some 4,000 miles apart. The data curves signaled the detection of microbial respiration on the Red Planet. The curves from Mars were similar to those produced by LR tests of soils on Earth. It seemed we had answered that ultimate question.