New video from Mrmb333 shows a strange blinking and flashing object in the sky that de-cloaks itself into a v-shaped craft. 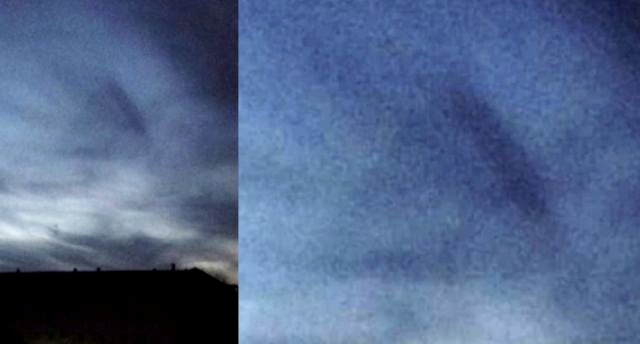 Besides the strange v-shaped craft the video shows unnatural sky phenomena where a pyramid-shaped object in the sky above Munich in Germany is the most striking phenomenon which cannot be easily explained.

Could it be that it a hologram projected from another dimension or this pyramid-shaped object, wherein the outlines of the pyramid are clearly recognizable, is an alien space ship like a Vimāna as described in Hindu texts and Sanskrit epics?