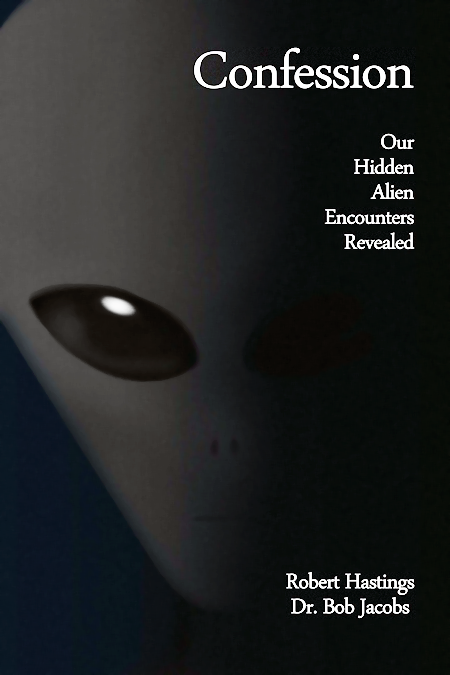 Consequently, the still-classified events that I have been researching since 1973, and lecturing about since 1981, have now been authoritatively verified as real and characterized as a potential threat to U.S. national security.

However, concurrent with my investigations and public speaking, there has also been an intentionally unpublicized aspect of my involvement with the UFO phenomenon. As I am about to divulge in a new book, over the past three decades a series of bizarre, frightening incidents have occurred involving direct interactions with what I have come to believe are non-human entities. In other words, I am an experiencer or, expressed more dramatically, an alien abductee.

As I readily admit, I cannot indisputably prove that these visitations/abductions actually took place, but having endured them again and again, since August 1988, I steadfastly and unapologetically maintain that they were physical in nature and not explainable as misinterpreted prosaic events, or due to a psychological disorder, or the result of sleep paralysis. I never anticipated this situation and deeply regret that it entered my life, but it is very real and clearly beyond my control. Whether it materialized as a result of my research or some other factor is unknown, however, one strange childhood incident suggests that this otherworldly presence may have first appeared many years ago.

Understandably concerned that a frank public admission regarding all of this would negatively impact my reputation as a credible source for military-related UFO information, I have hitherto remained silent about my sometimes terrifying paranormal encounters. However, now that I am approaching the age of 70, and experiencing certain serious health issues, I’ve concluded that the time has come for me to openly acknowledge my secret life.

But I am not the only one who is coming out at this time. The new book is co-authored by former U.S. Air Force officer and now-retired university professor Dr. Bob Jacobs, who has also had a number of apparent alien visitation/abduction encounters over the years. Jacobs is best known for his chance participation in the Big Sur UFO Incident, at Vandenberg AFB, California, in September 1964, during which a UFO was inadvertently captured on motion picture film by Jacobs’ telescopic camera crew during a missile test launch.2

Without warning, the domed, disc-shaped craft suddenly entered the camera frame, first pacing and then circling a dummy nuclear warhead in flight—before shooting it down with weaponized beams of light! Debunkers have unsuccessfully attempted to discredit this amazing case by repeatedly misstating the facts and ignoring the testimony of a second former USAF officer, Dr. Florenz Mansmann, who has confirmed that the Top Secret event did indeed take place. According to Mansmann, two CIA officers confiscated the filmed record of the shocking encounter and transported it aboard a “special aircraft” to Washington D.C.3 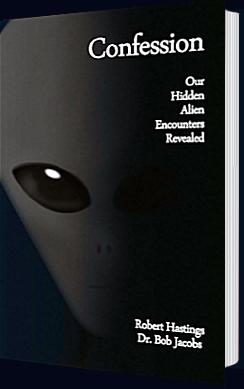 In any case, in May 2012, while videotaping interviews with Dr. Jacobs and other military veterans who were willing to divulge their involvement in still-classified, nuclear weapons-related UFO incidents, I cautiously revealed my secret abductee status to Jacobs. Much to my surprise, he responded by telling me of his own frightening, entity-related experiences. Stunned to learn that we were independently being subjected to similar, highly disturbing phenomena, we subsequently began to update each other via email following each new incident. Earlier this year, after much hesitation and reflection, we decided to publicly divulge our disconcerting situation in CONFESSION: Our Hidden Alien Encounters Revealed (#ad), which is now available at Amazon.
After decades of secrecy, Jacobs and I basically feel relieved to have finally opened up about our experiences, despite the skepticism that we will undoubtedly face from many members of the public. Regardless, our hope is that other abductees, especially former military personnel who worked with or guarded nuclear weapons, will be encouraged to come forward and reveal their own alien encounters. Actually, a few such veterans have already done so and those startling accounts also appear in the book. Briefly, it now seems that during at least a few of the well-documented UFO incursions at ICBM sites, much more was occurring than the disruption of the missiles’ functionality; human lives were being disrupted as well.

In conclusion, after years of investigating and writing about nuts-and-bolts UFO cases, I have now embarked on a new, challenging endeavor. Despite the pleas of several friends and acquaintances, urging me not to go public with my personal encounters, I have no regrets about doing so. Although not yet recognized as valid by most scientists and much of the public, the alien abduction phenomenon is real, global, and tremendously important. That these non-human entities are somehow part of humankind’s overall future seems clear to experiencers; one day it will undoubtedly be obvious to everyone.

Dr. Jacobs and I will appear on investigative journalist George Knapp’s Coast to Coast AM radio show on November 17/18, 2019, to discuss the book and our previously hidden encounters with the unknown.