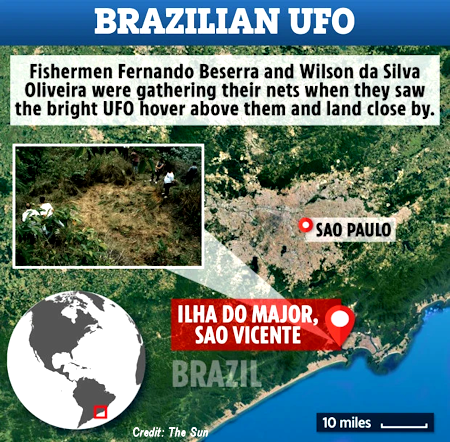 A UFO left strange landing marks on the ground and burnt the grass during a harrowing close encounter with two terrified fishermen in Brazil.

They thought it was a balloon at first, but when the speed of the object convinced them they were faced with something otherworldly.

According to the terrified witnesses, the UFO landed on an island called Ilha do Major, Soa Vicente, near São Paulo.

The UFO left marks on the ground and traces of radiation.

Fernando said: “When the light was over our heads, it changed direction and went to an a small island, where it landed.