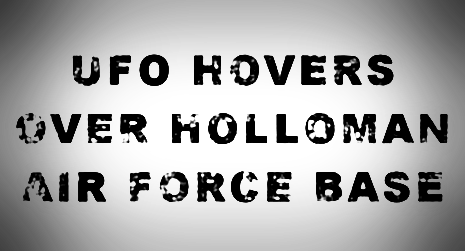 Mountain”) in the northwest. The speed of the object was not great, and the outstanding feature of this incident is what the object did when it reached the air base.

During a period of between 10 and 15 minutes astonished civilian and military observers watched the weird object swing to and fro like a pendulum. There was no discernible shape except the light, which was either large at high altitude or small at low altitude.

The light, as though bent on a specific mission, swung in even arcs over the base, then headed for White Sands Proving Ground, to the Southwest, and over that area, again began the pendulum-like swing. It was observed by military and civilian personnel at the Proving grounds also…. 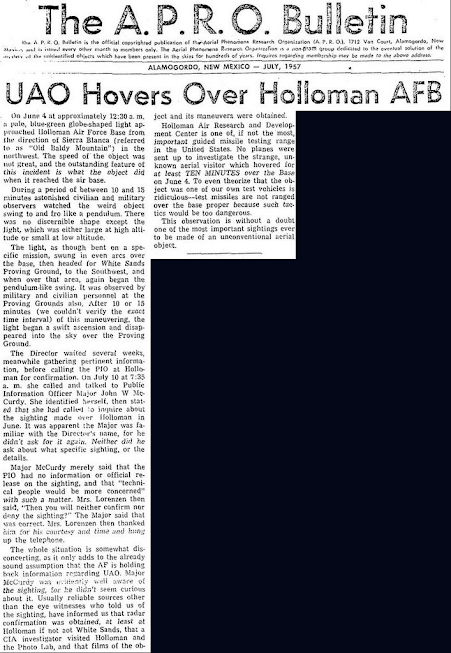