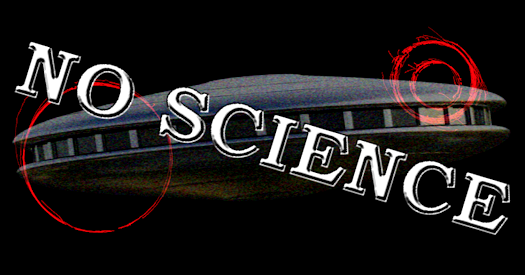 AND NOW HISTORY WE SURE DON’T NEED NO SMELLY HISTORY.

sightings” and at the University of Wyoming there are about 3000 such reports. During the Vietnam War Projects Lethal Chaser and Have Fear were instrumented and nearly all unexplained. These incidents were not in Project Blue Book nor submitted to the Condon Committee.

French police Captain Dominque Weinstein’s Aircraft/UFO Encounters catalog contained over 1200 historical entries. Oh, but Aerospace expert, James Oberg said there were some Soviet/Russian missile and satellite launches that were in the catalog apparently invalidating the whole work. Let’s see, so all science is perfect from the very beginning. There is never a time when data needs to be sifted and mistakes and invalid items eliminated. Of course not. Pains were taken to eliminate duplications, errors, and conventional explanations; Oberg pointing out errors is prudent. Trying to say the whole effort was useless is not a valid proposition.

The French space agency CNE was able to use Weinstein’s catalog to make some conclusions about UFOs.

Flight Safety: Weinstein also produced a catalog of about 600 cases on close approaches to aircraft, buzzings, pacings, crossing paths and near misses. Some of these incidents were observed by air traffic controllers, visually and or on radar and investigated by government experts. So will they not look back at these incidents? Flight Safety should not be examined prior to 2004?

Some possible instrumentation sightings: The Condon Committee submitted 120 reports to the Allsky camera Prarie Meteor Network. There were some photographs at the same time as UFO incidents. None of these photos are mentioned in detail in the Condon Report. The NORAD computers store uncorrelated targets. Attempts to pay for these records to compare with UFO incidents has been requested under FOIA, but costs to UFO advocates proved prohibitive. If the government were to use these resources, to investigate historical incidents, there wouldn’t be, or shouldn’t be a cost to civilians. Although the Condon Committee members met with NORAD there were no records used by the Committee.

Brain Damage to Air Crews: This last category is purely anecdotal. Supposedly, some air Crews are showing brain symptoms similar to Havana Syndrome which would indicate a bad state actor involved. However, looking at history in WWII, a whole bomber crew was hospitalized with debilitating headaches after a UFO encounter; the case was investigated years afterwards by Dr. James McDonald. A decade later the pilot was involved with a UFO incident witnessed from the ground. He experienced the same severe headache. In any case, many people are still alive in regards to the aircraft crew cases, mentioned above. Here we could determine subjects for controlled medical investigations. If these rumors are true, do such cases start before 2004?

1. Include air safety and control agencies in any UFO investigations.

2. Include DOE and all DOD nuclear and Special Weapons Agencies in data collections, including the Nuclear Regulatory Agency.

3. Have all government agencies disgorge and declassified all historical UFO data. (This would include agencies like federal police officers, guard forces, civilian and other law and regulatory agents. Included would be correctional facilities, fire watchers, fire fighters, Border Patrol and Custom Agents, etc. Finally, all scientific agencies, contractors, DHS and subordinate agencies must take part.