A large secret base has been discovered 40 km away from the Deseiligny crater on the moon. The moon base is about 235 meters x 185 meters. 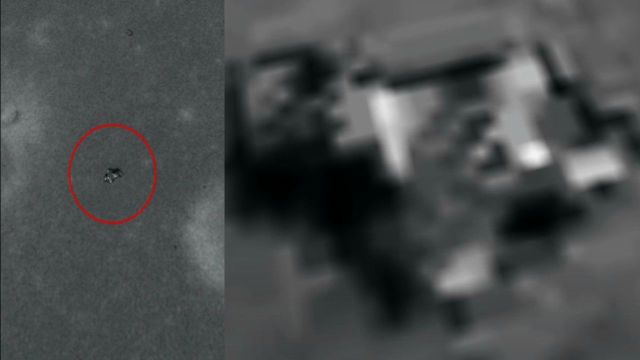 The base consists of various square and rectangular components (hangars or buildings) and is clearly artificially built.
Who built this huge station, the aliens? It is more likely that earth’s super powers built it as a secret outpost and maybe to park their UFOs.
There’s more activity on the Moon then we know!
Google Earth coordinates: 19°58’55.05″N 21°11’39.83″E
[embedded content]

News has recently emerged of global elites (aka cabal) going to Antarctica for a secret meeting. We know from public tweets that Claus Schwab, Founder and Executive Chairman of the World Economic Forum, and Cristina Lagarde, President of the European Central Bank attended a secret Antarctica meeting. Two others present were Brad Garlinghouse and David Schwartz, respectively the President and Chief Technical Officer of Ripple Labs, a computer software company specializing in online payment systems.  The original source for the four twitter posts cited above has been found. The four tweets first appeared on the twitter account of XRP the Standard Productions on December 3.  The XRP site posts satirical stories, and takes pride in misinforming people. Unfortunately, regarding the four Antarctica tweets, this does cast considerable doubt on their authenticity.  However, disinformation is designed to muddy the waters about real events, and something did genuinely happen in Antarctica as on
Looking at the famous Da Vinci, “The Last Supper” picture, mirroring and inverting the picture in the correct way, inverting it right down the middle you get a hidden image that is unbelievable. What is revealed is absolutely Jaw Dropping! The question is, what did Da Vinci Know that he is trying to reveal? Link: Photo’s “The Last Supper Wikipedia http://upload.wikimedia.org/wikipedia/commons/3/34/DaVinciCodeSolution.jpg Original http://dl.dropboxusercontent.com/u/3687918/the_original.jpg Mirror http://dl.dropboxusercontent.com/u/3687918/Mirror_aligned.png
During the Apollo missions, many photos were taken by the crews including rare images of strange bright and glowing objects above, on or near the moon.  The video below shows some rare images of these bright objects captured during the Apollo 11, 12, 13, 14 and 16 missions.  Apollo 13 was to be the third mission to land on the Moon. An explosion in one of the oxygen tanks crippled the spacecraft during flight and the crew were forced to orbit the Moon and return to the Earth without landing. During the orbit of the moon, the crew captured strange objects above and on the moon.  Now, there seems to be a ”Moon Industry” to have held for at least the past fifty years in the crater Plato as moving and flashing lights have been observed at the bottom of the crater.  For over hundred years the British Royal Astronomical Society has reported 1600 similar sightings of bright lights in the crater Aristarchus, lights at the eastern foot of the lunar Alps, in Mare Crisium a series of spots and st
A 3D render created of what looks like an artificial anomaly discovered in Protonilus Mensae on Mars.  The footage shows an anomaly what appears to a disc shape with a dome on top and two smaller semi-circular parts on either side.  The anomaly is lying on it’s side on a rectangular area that seems cleared out.