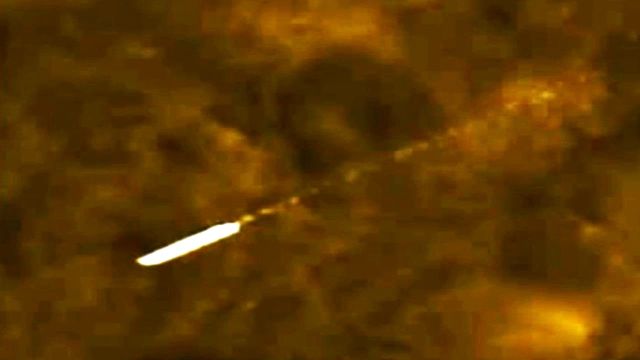 It’s said that it is impossible to get that close to the sun, yet extraterrestrials are millions of years ahead of us with their technology. A technology so advanced that their ships might also be able to withstand the heat of the sun.
To date, it is not known why these ships come so close to the surface of the sun.
[embedded content]

News has recently emerged of global elites (aka cabal) going to Antarctica for a secret meeting. We know from public tweets that Claus Schwab, Founder and Executive Chairman of the World Economic Forum, and Cristina Lagarde, President of the European Central Bank attended a secret Antarctica meeting. Two others present were Brad Garlinghouse and David Schwartz, respectively the President and Chief Technical Officer of Ripple Labs, a computer software company specializing in online payment systems.  The original source for the four twitter posts cited above has been found. The four tweets first appeared on the twitter account of XRP the Standard Productions on December 3.  The XRP site posts satirical stories, and takes pride in misinforming people. Unfortunately, regarding the four Antarctica tweets, this does cast considerable doubt on their authenticity.  However, disinformation is designed to muddy the waters about real events, and something did genuinely happen in Antarctica as on
A large secret base has been discovered 40 km away from the Deseiligny crater on the moon. The moon base is about 235 meters x 185 meters.  The base consists of various square and rectangular components (hangars or buildings) and is clearly artificially built.  Who built this huge station, the aliens? It is more likely that earth’s super powers built it as a secret outpost and maybe to park their UFOs.  There’s more activity on the Moon then we know!  Google Earth coordinates: 19°58’55.05″N 21°11’39.83″E
Looking at the famous Da Vinci, “The Last Supper” picture, mirroring and inverting the picture in the correct way, inverting it right down the middle you get a hidden image that is unbelievable. What is revealed is absolutely Jaw Dropping! The question is, what did Da Vinci Know that he is trying to reveal? Link: Photo’s “The Last Supper Wikipedia http://upload.wikimedia.org/wikipedia/commons/3/34/DaVinciCodeSolution.jpg Original http://dl.dropboxusercontent.com/u/3687918/the_original.jpg Mirror http://dl.dropboxusercontent.com/u/3687918/Mirror_aligned.png
Whether you believe in predictions or not, the Old Moore’s Almanac Baba Vanga and Nostradamus predictions are well known for their accuracy.  The Irish ‘Old Moore’s Almanac’ is 258 years old. Its founder, Theophilus Moore, ran a classical academy at Milltown which was then a village near Dublin (since that time, it has been incorporated into the city). A teacher of Irish, English, Greek and Latin, he became known as a clever mathematician and a wizard of astrology, gaining the nickname ‘The Irish Merlin’. He published his Old Moore’s Almanac for the first time in 1764.  Here are some of the Old Moore’s Almanac predictions for 2022   1. Shortages of items cause panic and hoarding 2. A tourist spaceship has an incident which makes world news 3. News about Malaysia’s missing flight MH370  4. There will be a second pandemic, unrelated to the first  5. Robotics takes a lot of blue-collar work but add on white-collar work 6, Settlement on Mars becomes an absolute realit