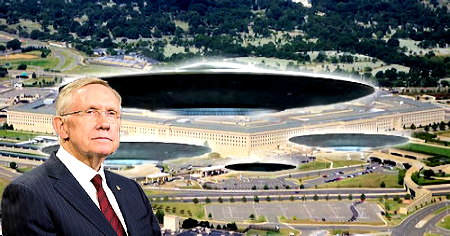 With the death of long-time Nevada Sen. Harry Reid, the search for unidentified aerial phenomena (UAP) and their potentially otherworldly operators has lost one of its greatest champions.

millions to the Department of Defense to create the Advanced Aerospace Threat Identification Program (AATIP). Following his retirement from Congress, Reid continued to advocate for scientific study and increased public awareness of aerial phenomena.

“I believe that there is information uncovered by the government’s covert investigations into unidentified aerial phenomena that can be disclosed to the public without harming our national security. The American people deserve to know more — and hopefully they will soon,” he wrote in The New York Times in May, shortly before the Office of the Director of National Intelligence released a report on the national security implications of UAP.